17th century Netherlandish paintings were framed in a variety of styles, adding to the interest of a hanging in the Dutch interior - which might be panelled with wood, hung with embossed leather, or painted in a pale, neutral shade. The foundation of the Dutch East India Company in 1602 exponentially increased the import of exotic woods, and encouraged the craft of the ebony worker. Polished dark wood frames, also made from indigenous pearwood, became very common; they fitted in with the tendency towards  monochromatic and neutral shades in walls, furniture, and black-&-white stone floors, and with the blacks and whites of prosperous middle-class costume. Gilded frames were acquired to vary this type, but they were either Auricular, or Dutch Louis XIII patterns, which the occasional French frame for a treasured work. Looking-glasses were framed in the same designs as paintings. Bol's most notably framed work is probably his self-portrait in the Rijksmuseum, which has a gilded Auricular setting carved with sunflowers, grapevines and roses; but in this case the sitter is clad in an opulent gown of red and gold. 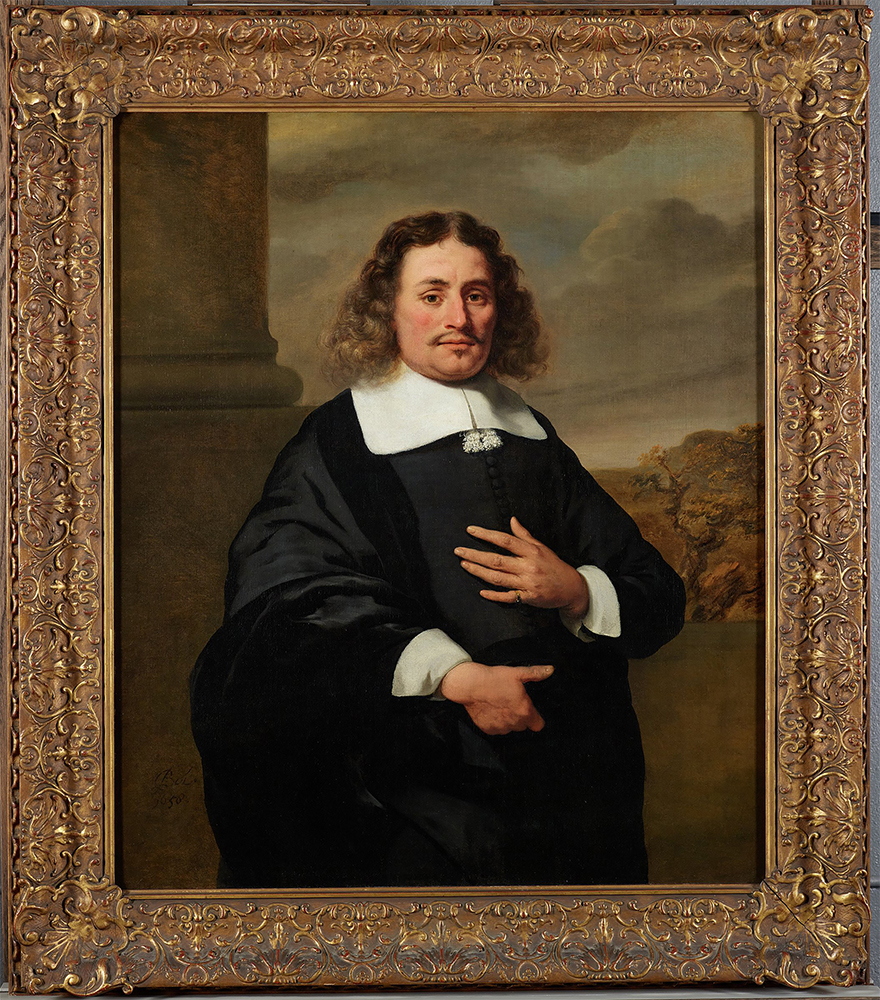 The previous frame on the above work by Bol is entirely unsuitable for the artist's monumental and emotionally-acute 'Portrait of Quirinus Stercke'. As a 19th century reproduction of a French Louis XIV pattern, it is far removed from the 17th century collector's French or French-style frame. It lacks both the necessary Baroque profile and the plasticity of ornament which can be effective in combination with 17th century portraits; and the earthy colouring and small calligraphic shallow-relief decoration combine to flatten the painting, and to deny the grandly sculptural conception of the sitter's pose. 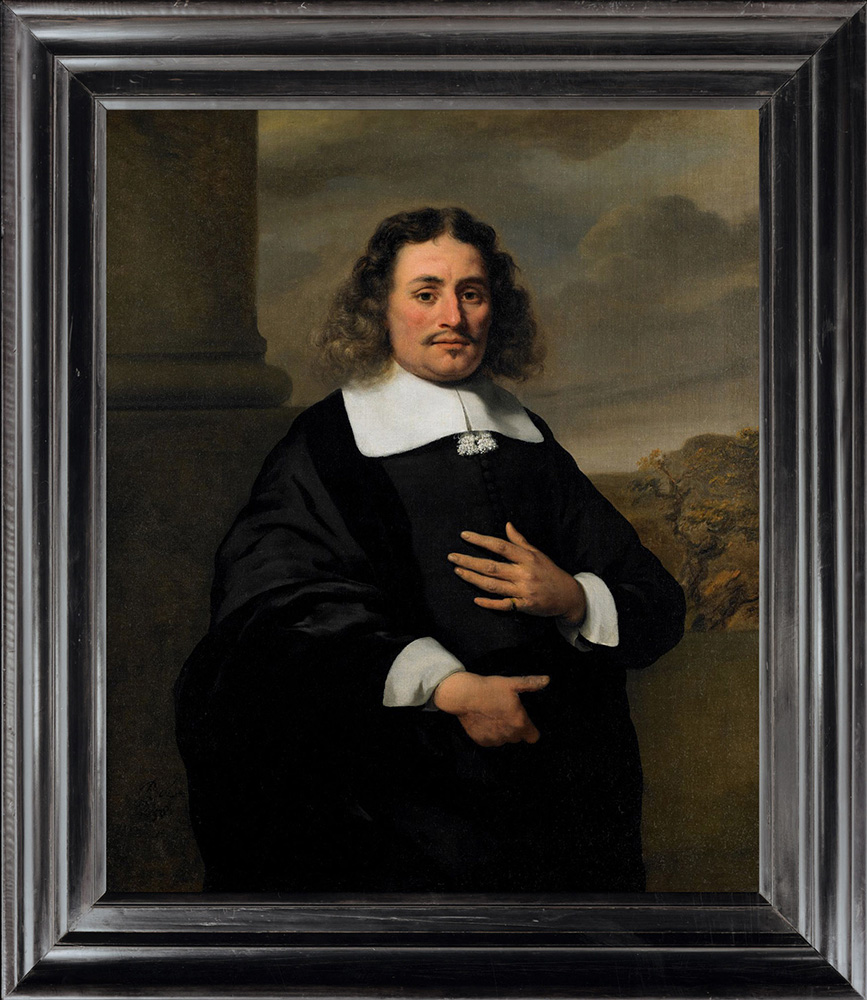 The chosen frame from Paul Mitchell that now houses this portrait (immediately above), is an example of the cabinetmaker's frame in ebonized pearwood so frequently used for portraits in 17th century Holland - as can be seen in painted interiors of the period. Dating from the same period as the work itself, it springs from the same locus of design, and a similar sensibility to that of the artist. The profile, with its deep scotia or hollow, is the negative form of the tore or convex doughnut form at the base of the painted column, whilst the flat frieze of the moulding and the top edge of the frame echo the flat listel in the column base and in the pedestal. Games such as these, and oppositions between curved and flat surfaces, are inherently Baroque, and reflect the sense of volume in 17th century paintings and sculpture.  They help to produce the complex symphony of light and shade which articulates the Baroque portrait, and repeat its three-dimensional trompe l'oeil. The soft gleam of light and dark on the surface also reflects Stercke's rich black costume and snowy collar, and allows the sombre tones of the landscape behind him their full weight, as it does the vibrant tones of the painted head and hands. More than just a foil, this frame actively reanimates a superb portrait.